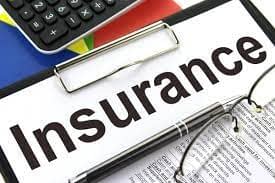 How to Covered California insurance rates and set the increase

Premiums for health insurance plans sold through the state marketplace will increase an average of 6% next year, Covered California officials announced Monday. When premiums increase, an individuals financial aid usually does, too. But people who don't qualify for subsidies will bear the full cost of the rate hike. “Premiums are a capturing of what health care costs are, how they vary across geographies and communities, how health care costs are growing over time, which we know in this country are already too high and rising,” said Jessica Altman, executive director of Covered California.

A recent Kaiser Family Foundation analysis found a 10% average premium increase proposed by 72 insurances in 13 other states. The rate increase, Altman said, is largely attributed to people resuming doctor visits and procedures that they postponed during peaks of the COVID-19 pandemic. Without the additional aid, people will pay more for their premiums, likely pushing young, healthy people to drop their coverage. The federal government`s American Rescue Plan last year provided California with around $3 billion designated for two years of additional financial aid through Covered California.

Covered California has estimated that if Congress does not renew the American Rescue Plan subsidies, about 1 million people will see their premiums double and about 220,000 would likely drop their coverage. California`s 2022-23 budget includes $304 million for middle-class marketplace enrollees that would kick in if Congress does not renew the aid. While helpful, it would not fill the hole the annual $1. 7 billion federal aid would leave, Altman said.

Covered California also announced that another insurer, Aetna CVS Health, will join the state marketplace and be an option for people in El Dorado, Fresno, Kings, Madera, Placer, Sacramento and Yolo counties. .